2015 was the first year of the Freedom Flowers Foundation Award. We have received over 100 artwork submissions from all over the world and are very grateful for all the efforts and enthusiasm we witnessed during the submission process.

1st prize winners: Sampson Wong and Jason Lam
(CHF 2,500 and a signed copy of the TASCHEN book on Ai Weiwei)

Stand by you: add oil machine by Hong Kong artists Sampson Wong and Jason Lam. The “add oil machine” was an installation of an LED screen and an overhead projector connected receiving messages from global supporters of the Occupy Hong Kong Movement projecting these on the Hong Kong government building during the protests enabling anyone to communicate freely to the community.
See also: https://www.youtube.com/watch?v=GgSw-jTD3Qg 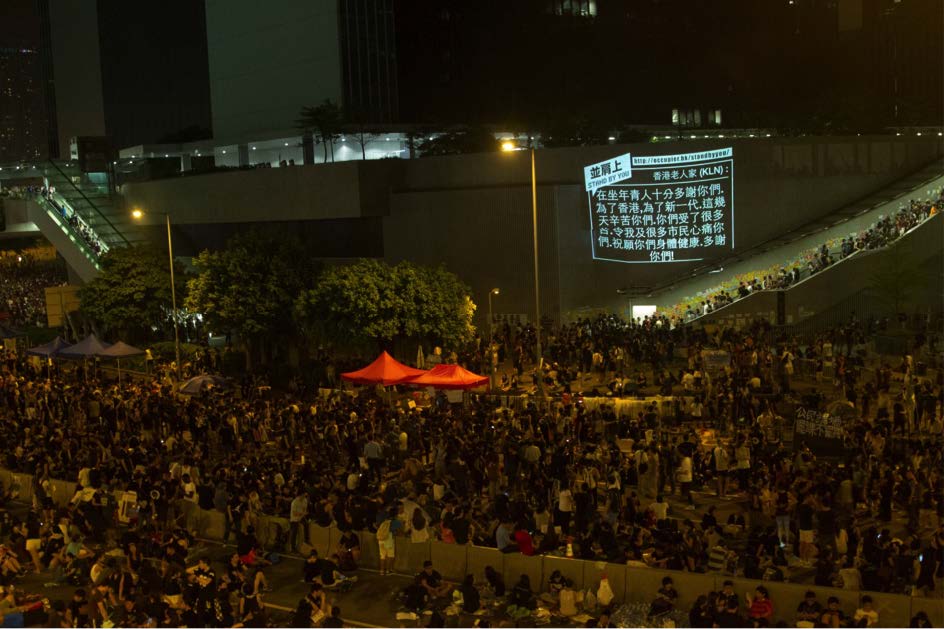 Jerusalem/London-based Palestinian artist Alexandra Handal with her web-based art work Dream Homes Property Consultants (DHPC)
( http://dreamhomespropertyconsultants.com/ ) Expropriated Palestinian houses are ironically repackaged on the Israeli real estate market as 'Arab-style'. Their factual history is concealed behind this architectural euphemism. Taking the form of an on-line estate agency, this web documentary art revisits the individual history of these homes, uncovering Palestinian stories of displacement, dispossession and cultural cleansing from West Jerusalem. Built over the course of six years, DHPC delves into the memories of 28 Palestinian refugees and exiles, creating a labyrinthine space where personal tales of abrupt goodbyes, impossible reunions and suspended dreams are conveyed with a tragicomic edge. The 18 homes featured under 'Hot Properties' are each referred to by a tongue-in-cheek listing such as: 'One-of-a-Kind Arab-style House, Dead End Street' and 'Magnificent Arab-style House, A Great Catch'. Directions on how to reach a particular property are not given by current official street names, but through the description of landmarks and other familiar points that allude to a torn social fabric. The eradication of this universe finds expression in animated advertisements of barbershops and shoemakers that no longer exist or through Internet response status codes, such as 'not found'. Using diverse storytelling genres with different modes of narration, DHPC patiently and meticulously pieces together a world that was shattered in 1948. 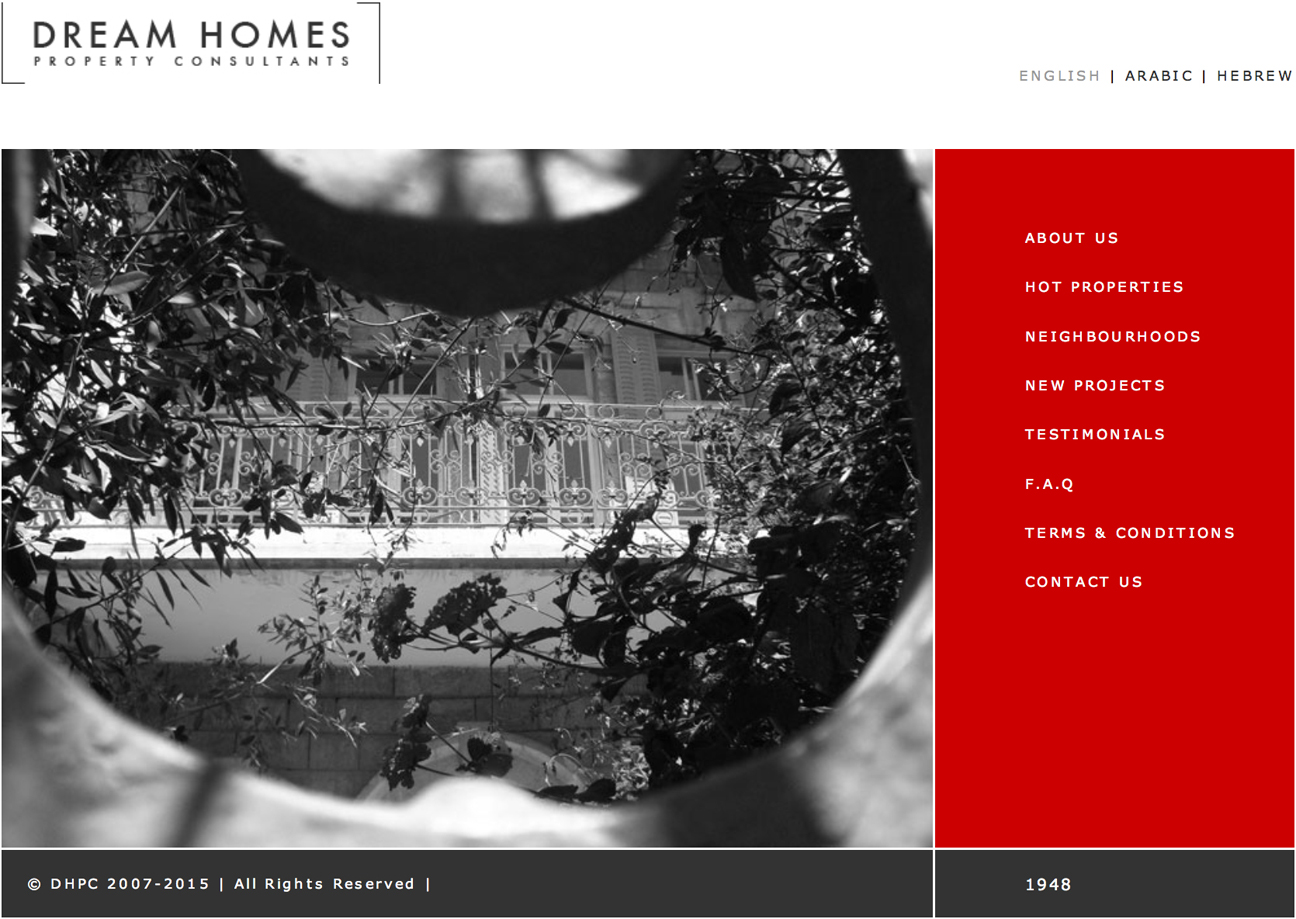 
Our FFFA 2015 consisted of 6 members:
Darshana Towakel from the FFF
Manuel Salvisberg from the FFF
Isabelle Gattiker, director of the FIFDH
Leo Kanemann, founder of the FIFDH
Peter G. Kirchschlaeger, academic in the field of human rights
An anonymous member from the Chinese art scene


Impressions from the 2015 FFFA ceremony during the www.fifdh.org 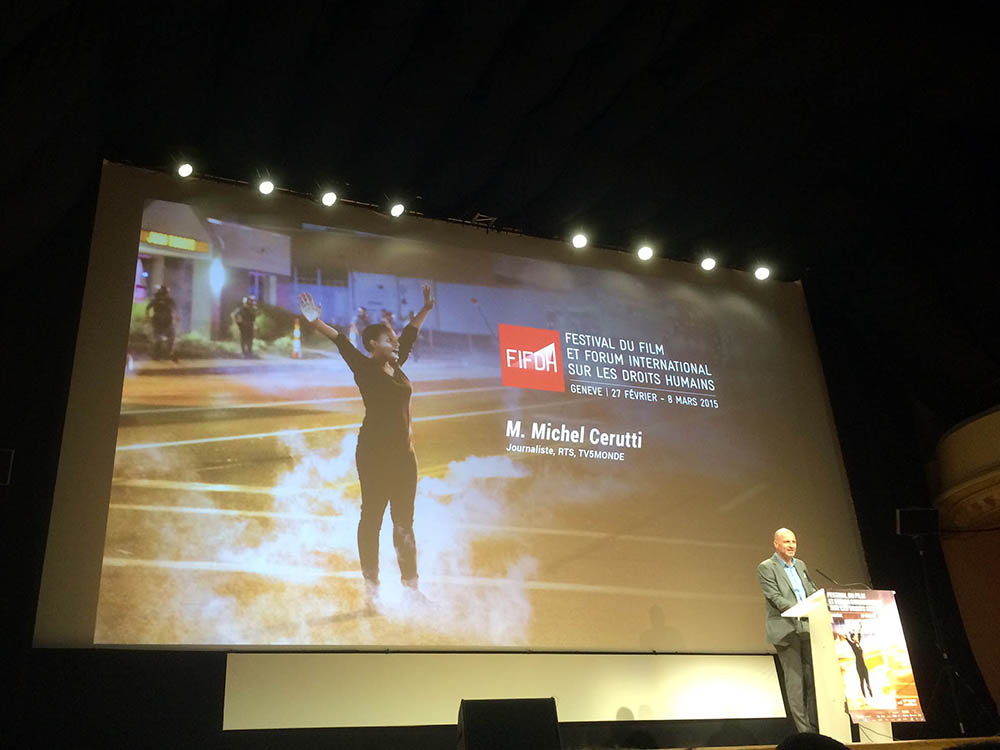 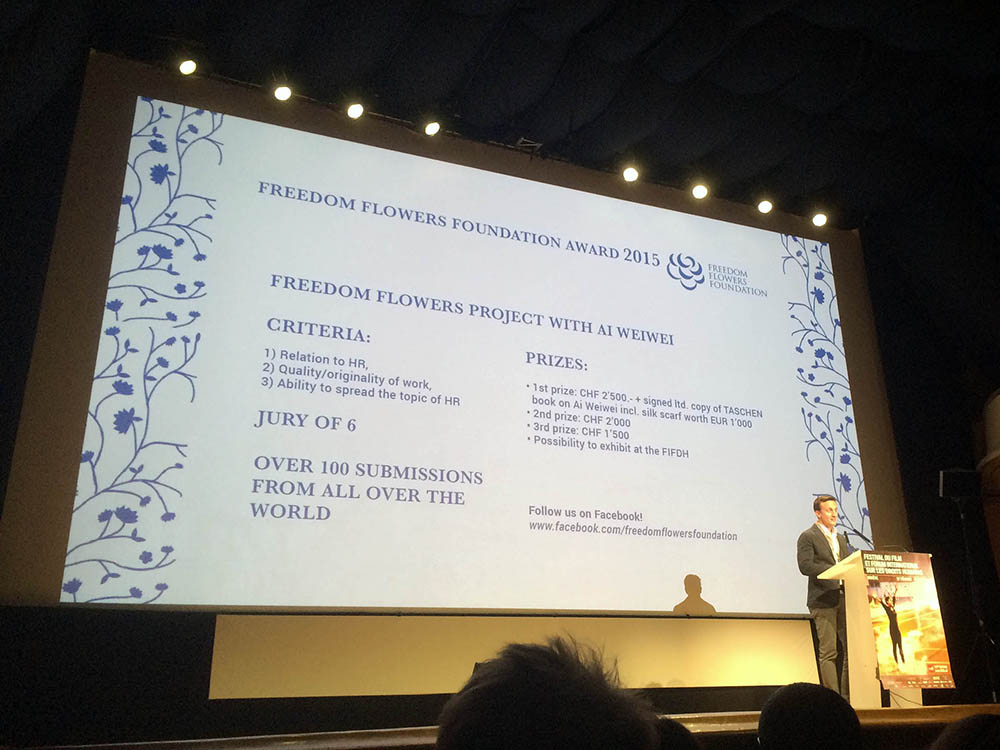 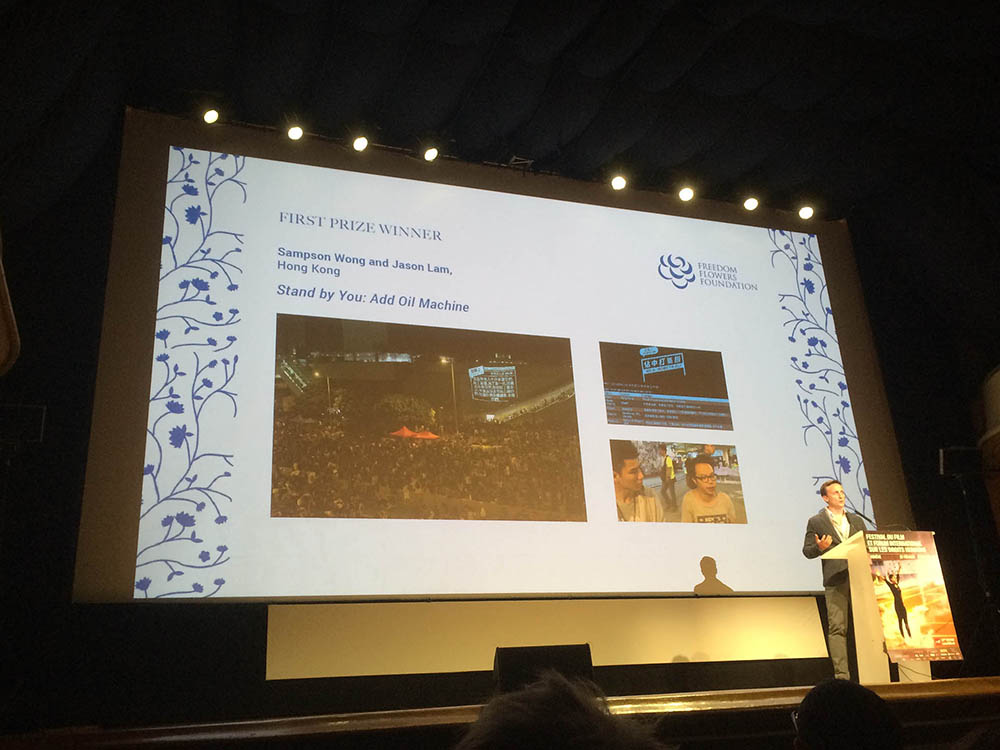 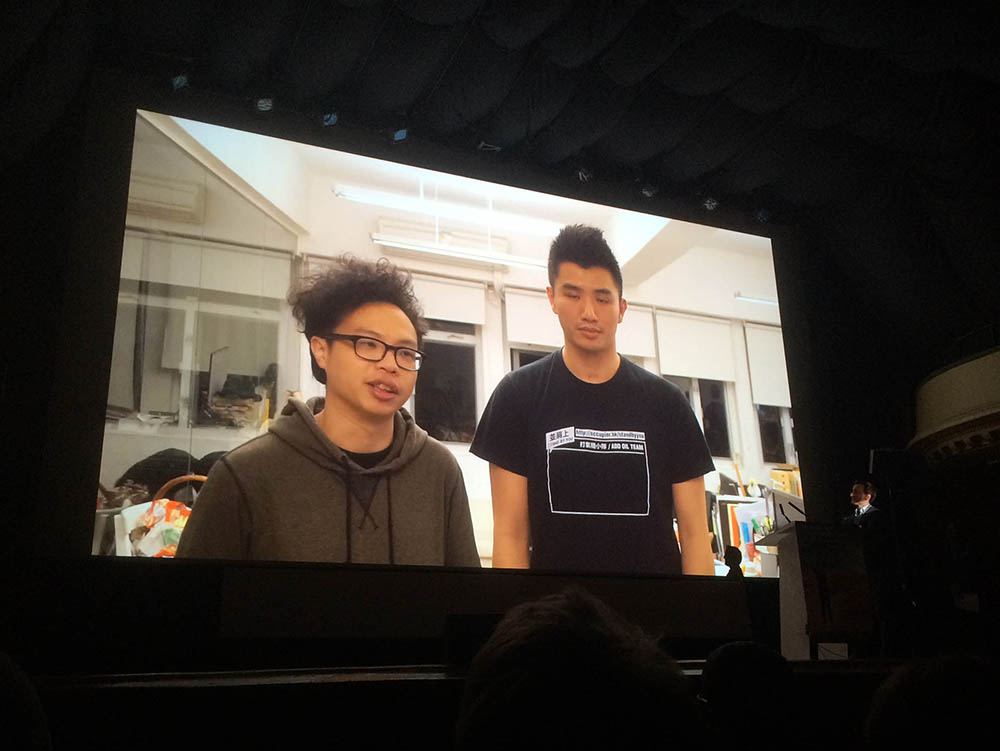 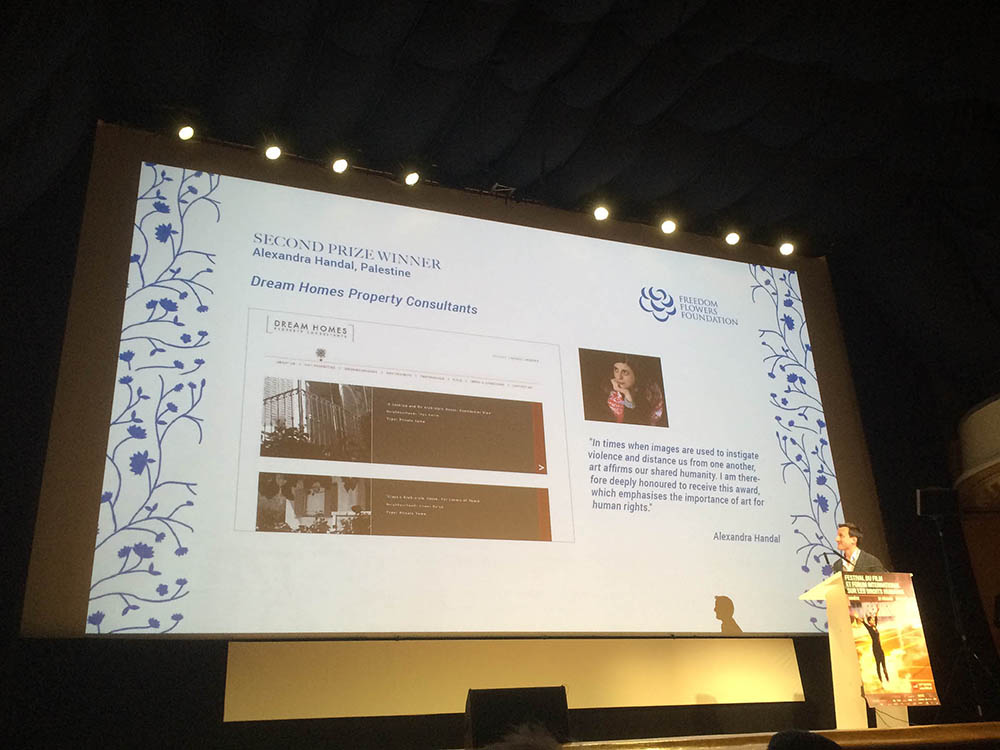 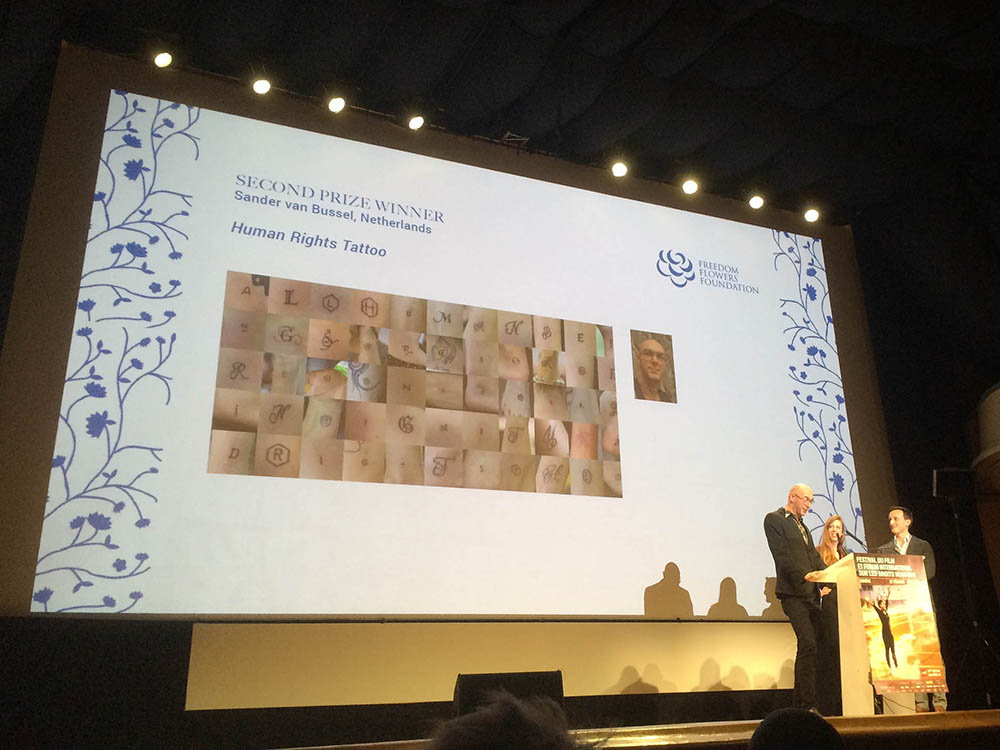 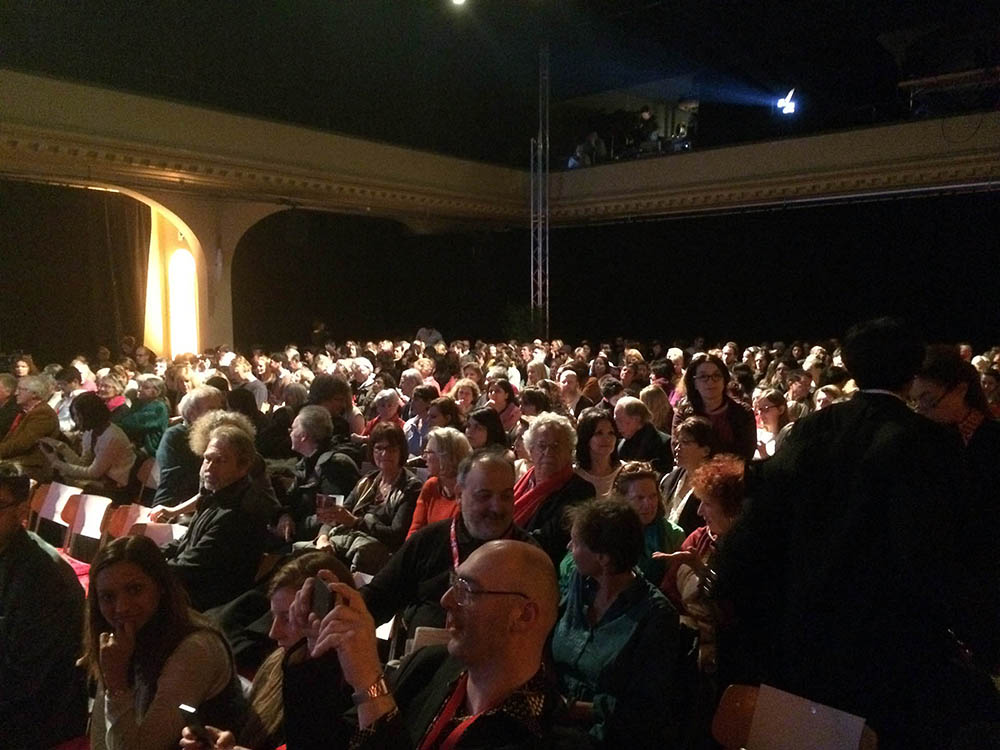